Pharmacotherapeutic Trends At The Beginning Of The Millenium In Hungary: Pharmacotherapy Of Bipolar Patients. Part II

The aim of the study was to evaluate the pharmacotherapeutical trends in the treatment of bipolar outpatients in Hungary. The first part of the paper included the basic data and this second part discusses more detailed results from more aspects. Hungarian and international trends were compared. The investigation of the number of simultaneously given different drugs showed that bipolar II patients take the largest number of psychotropics within the bipolar spectrum, and patients with mania or depression as actual condition. The use of mood stabilisers is frequent (80%), and it is in line with the international data, but the rate of the carbamazepine (25% as prophylactic drug) is higher in Hungary than in other countries. The rate of the patients on permanent anxiolytics is higher than expected. The gender differences are not significant; women are given more antidepressants and anxiolytics than men, but the prevalence of actual depressive phases is higher in the female than in the male population. There were some significant differences in the therapeutic trends (use of mood stabilisers and antipsychotics) among the Hungarian regions and between the different types of institutions. The international comparison showed that the rate of Hungarian bipolar patients on lithium was significantly lower than in other countries. Although studies with old and new drugs as well as the progress of clinical pharmacology influence everyday practice constantly, the results of this investigation provide some basic data for the trials in the future.

Objectives. The present research studied the cost effects of converting patients suffering from schizophrenia to the use of amisulpride, in order to learn whether the relatively higher medicine costs were compensated for under the Hungarian economic and financing conditions. Methods. We analysed and compared costs having occurred before and after conversion in the case of 76 patients suffering from schizophrenia who got amisulpride instead of other typical or atypical antipsychotics in hospital. The analysis adhered to the methodology introduced by Agnes Rupp.

Results. In conformity with earlier investigations in Hungary performed with atypical antipsychotics, amisulpride has also proved its cost neutrality under local economic and financing conditions. Namely, higher disbursements for medicaments are compensated for by productivity increase, indicative of amisulpride’s effectiveness, implying decreased economic (and other) burdens to family members. Te remarkable cost ratio improvement in case of patients defined as therapy resistant has played an important role in cost neutrality.

Conclusions. Amisulpride is an effective antipsychotic which can be prescribed without increasing costs, and in case of therapy resistant patients, it appears to have significant cost sparing effects.

Aim. Psychiatric symptoms and disorders are a serious problem area, absorbing high health service provision capacities. Extensive research work is done internationally relating to the morbidity of psychiatric disorders in general medical departments, but no Hungarian data have been available so far. In the present study, general psychiatric symptoms were detected in Hungarian general hospitals, with special regard to mood disorders.

Conclusion. The high frequency of mood disorders is not surprising in somatic medicine, but it is mainly found among chronic patients. However, their adequate pharmacotherapy is insufficient. On the basis of these data, the improvement of the consultation–liaison psychiatry is needed.

Neurophenomenological Analysis Of The Therapeutic Relationship In Ritual Healing

In this essay we examine some phenomena of community rituals, especially healing ceremonials, which are considered neurobiologically mediated, complex forms of attachment. Recent studies in medical anthropology have pointed out that the ritual therapeutic experience relies on the patients’ own healing processes by means of various altered states of consciousness that healers are able to control. Ritual trance invariably occurs in social context, and the healer’s personality and the expectations of the community are profoundly involved in the induction of altered states of consciousness. Trance state is regarded as a result of the mobilisation of endogenous opiates, as an activation of the organism’s defensive mechanisms in face of the stress of ceremonial. On the other hand, there is a growing body of evidence that opiate mechanisms are involved in social behaviour as well, especially in symbiotic bonds. It is suggested that this is the neurobiological reason why attachment facilitates trance induction. The homeostatic role of social relationships as physiological regulators is also discussed.

Animal experiments show that pyramidal cells obtain strong noradrenergic innervation in the primary visual cortex. Its neurotransmitter, norepinephrine, has strong inhibitory-hyperpolarizing effect on these cells. Because pyramidal cells are known to be the main generator of cortical bioelectrical activity, we supposed correlation between monoaminergic activity and evoked potential. In the present study this hypothesis was tested using 31 healthy volunteers. As pyramidal cells possess contrast and orientation specificity in the visual cortex, a checkerboard pattern was used for stimulation, at four light intensities. For statistical analysis, the relative peak amplitudes (CICII, CII-CIII) and peak latencies (L1, L2, L3) of VEP components were used. To characterise noradrenergic activity, platelet monoamine oxidase and plasma dopamine- -hydroxylase were determined from blood samples. We also measured the plasma cortisol level, which is also a good marker of vegetative activity. We found a significant negative correlation between MAO activity and the amplitude of VEP; a strong negative correlation between CS level and L1 latency, and a significant positive correlation between DBH level and L1 latency. Our results prove not only the close correlation between the MAO activity and the bioelectrical characteristics of the visual cortex, but also suggest that VEP could be a good noninvasive tool for the characterisation of central monoaminergic activity.

Neurochemical Background Of The Premenstrual Syndrome: The Role Of The Serotonerg System

The Histaminergic System Of The Brain: Its Roles In Arousal And Autonomic Regulation

Introduction. Histaminergic neurones are located in the tuberomammillary nucleus (TMN) of the posterior hypothalamus and project to most areas of the cerebral cortex, cerebellum, hypothalamus, and many brain stem nuclei (1,2). The central histaminergic neurones have important roles in the regulation of arousal, endrocrine and autonomic functions. The ascending histaminergic projection exerts a powerful alerting effect on the neocortex, via the activation of H1 histamine receptors (1,2,3). Recently it has been shown that the ascending histaminergic system is one of the most important alerting systems of the brain, mediating the sedative effects of GABAergic (e.g, muscimol, propofol and pentobarbitone) (4) and of noradrenergic (e.g, dexmedetomidine) (5) anaesthetics. It has been proposed that the activity of the TMN is essential to the maintenance of wakefulness. In sleep, the activity of the TMN is switched off by a GABAergic input originating from the ventrolateral preoptic nucleus (VLPO) of the hypothalamus. In fact, in order to maintain wakefulness, it is important to switch off the activity of the VLPO: this is accomplished by the activation of a noradrenergic inhibitory input from the locus coeruleus (5). GABAergic anaesthetics act by activating inhibitory GABA receptors in the TMN, whereas noradrenergic anaesthetics act by switching off the locus coeruleus via the activation of inhibitory alpha-2 adrenoceptors (autoreceptors) on locus coeruleus neurones (6). The orexinergic neurones of the lateral hypothalamic area (LHA) play an important role in the maintenance of wakefulness, possibly by activating the TMN either directly (7), or indirectly via the locus coeruleus (8). The activation of the locus coeruleus would enhance the noradrenergic inhibition of the VLPO, which in turn would lead to the disinhibition of the TMN by the VLPO. The importance of the TMN in the maintenance of arousal is demonstrated by clinical observations: the hypersomnia observed in encephalitis lethargica by von Economo in the 1920s could be related to a discrete lesion of the posterior hypothalamus involving the TMN (1,3). Furthermore, the blockade of excitatory H1 receptors in the cerebral cortex may underlie the sedative effects of a number of drugs with affinity for H1 histamine receptors (e.g, first generation antihistamines, phenothiazine antipsychotics, tricyclic antidepressants). The central histaminergic system also plays a role in autonomic regulation: it has been shown that the activation of central H1 and H2 histamine receptors results in an increase in sympathetic outflow (2,9). Although the first generation antihistamines have well-documented sedative properties in humans, their effects on autonomic functions have not been studied in detail. In particular, it was of interest to examine how pupillary function is affected by these drugs, since the pupil is under a well-mapped-out dual sympathetic/parasympathetic regulation (6). Therefore, we have examined the pupillary effects of one such drug, diphenhydramine, and compared them with those of diazepam, a sedative drug with little effect on autonomic functions. It should be noted that diphenhydramine, like most first generation antihistamines, also block muscarinic cholinoceptors, an effect that may modify pupillary function. 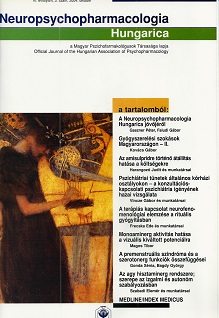