We would like to continue our tradition: publishing a thematic issue of Neuropsychopharmacologia Hungarica every year. The upcoming December edition will focus on addiction and dependence from the perspective of nétereuropsychopharmacology.Data from animal models of addiction provide evidence that the complex neuronal network of pyramidal cells and glias will contribute to the cognitive dysfunction of addictive behaviour which is regulated via joint mechanisms. Addiction is usually associated with tolerance, sensitisation and dependence, the long term impact is almost immeasurable. Most substance will provide euphoria, although when becoming dependent they will inhibit cerebral circulation contributing to sleep and mood disorders, anxiety and cognitive
dysfunction with progressive memory deficit. Compared to the conventional substances, designer drugs (also known as the “devil breath”) are
more available as they can be ’home-made’. Both their effects and side effects are unpredictable. These drugs become more preferred in young consumers, often under the age of 14, due to their low cost. Lethal complications are also frequent.
Treatment is only possible if the client is fully compliant and willing to heal. In acute cases withdrawal can be managed with some medication, but full recovery can only be achieved via the bio-psycho-social model, including occupational therapy, and the client’s positive attitude is pivotal. All of these can be found in Professor Zsuzsanna Fürst’s guest edited special issue.

New approach to the neurobiological mechanisms of addiction

Much progress has been made in the last decade in the understanding the neural substrates of drug addiction, transmitters involved, epigenetic background and their relation to learning and memory but much remains to be elucidated and strong effort is necessary to integrate the rich information at the molecular, cellular systems, and behavioral levels to further clarify the mechanisms and therapy of this complex disease. The aim of this review is to collect and interpret the latest opinions in the development, the underlying mechanisms and therapy of addiction as a disease of central nervous system. The neurocircuitry, the transmitters and the epigenetics of addiction are discussed.

Integration of neuronal and glial signalling by pyramidal cells of the rat prefrontal cortex; control of cognitive functions and addictive behaviour by purinergic mechanisms

The medial prefrontal cortex (PFC) is thought to be the highest order association area in the mammalian cortex which is involved in cognitive functions. Especially, layer V pyramidal cells integrating afferent innervations from dopaminergic cell groups in the ventral tegmental area, glutamatergic inputs from the thalamus and neighbouring PFC pyramical cells, as well as GABAergic inputs from local interneurons are crucial for processing short-term working memory. These neurons are endowed with the NMDA- and AMPA-type excitatory amino acid receptors, described to be involved in the regulation of synaptic plasticity, the apparent basis of elementary learning processes. NMDA receptor currents were in fact regulated on the one hand by dopamine D1 receptors and on the other hand by ATP-sensitive receptors of the P2Y-type. P2Y4 receptors acted indirectly to potentiate NMDA receptor-currents by releasing vesicular glutamate from astrocytes, or attenuated these currents directly by stimulating P2Y1 receptors located at the PFC cells themselves. Long-term depression (LTD) induced in PFC pyramidal neurons could be blocked by P2Y1 receptors in a manner not depending on NMDA receptors but targeting voltage-sensitive dendritic Ca2+ channels. In vivo data also support the notion that P2Y1 receptors participate in the regulation of cognitive processes and addiction. For example, in a spatial delayed win-shift task, P2Y1 receptor-activation has been shown to deteriorate not the primary storage of information but its processing during and after a delay. Further, it is widely accepted that behavioural sensitization in animals provides a model for the intensification of drug craving believed to underlie addiction in humans. In fact, sensitization to amphetamine was interrupted by the blockade of P2Y1 receptors in the mesocortico-limbic dopaminergic system.

The cognitive effects of ecstasy

The recreational drug ecstasy is widely used among dance clubbers for its acute euphoric and entactogenic effects. Ecstasy exerts its acute effects by increasing the extracellular concentration of monoamines in the brain by reversing the functions of reuptake mechanisms. These elevations in extracellular monoamine concentrations result in wake promoting effects, body hyperthermia and reductions in local cerebral blood flow. However, on the long-run, ecstasy reduces serotonin concentration and density of serotonergic markers in several brain areas. Functional deficits, like sleep disturbances, anxiogenic- and aggressive behavioral responses and mood disorders also may occur. However, one of the most prominent adverse effects is related to the cognitive functions. Following ecstasy use attenuated retro- and prospective memory and defective higher order cognitive functions can be observed, especially in heavy users. Several studies indicated the involvement of the endocannabinoid system, the sleep regulating centers and the hypothalamic-pituitary-adrenal axis based on or parallel to serotonergic damage in these processes. Recent evidence, however, also showed that changes in one of the latter systems can influence the functions of each other. In this review we summarize the related literature, and propose a complex mechanism for the long-lasting cognitive deficits following heavy ecstasy use.

In recent years service providers experienced a new phenomenon in the drug markets of Hungary: the dramatically increasing sale and use of designer drugs. In psychiatric practice, the first sign of this new trend was the increasing number of hospitalized patients with acute psychosis using a new type of designer drug: MDPV (3,4-Methylenedioxypyrovalerone). The range of designer drugs available is wider than ever before. They are inexpensive and many times are known to be legal, undetectable, safe or natural to the consumers. In fact, the compounds and their biological effects are many times unknown to the consumers and to the physicians as well, while a recently emerging body of data suggests that the somatic and mental consequences of their consumption are frequent, severe, and sometimes even life-threatening. The aims of this paper are to summarize the most important general information about some widely used designer drugs (synthetic cathinones and cannabinoids); to draw attention to present and upcoming trends of substance abuse patterns; and to highlight the importance and consequences of these trends in every day clinical practice, considering the most important and challenging somatic and psychiatric consequences of designer drug abuse.

The literature review deals with methods of relapse prevention. Relapse prevention is the key in the treatment of clients with drug addictions according to the transtheoretical model of change. If relapse prevention is more effective then not only the relapse would be prevented, but the client would leave the circulus vitiosus of relapses. Among psychotherapies cognitive behavioural methods are proven effective. Shorter forms of cognitive therapies are also available: for example, cognitive bias modification. Pharmacotherapy partly decreases craving of the clients or ceases the effects of psychoactive substances. Specific pharmacotherapeutic methods prevent relapses in a non-abstinent treatment design. Here the goal is not the abstinence in a short time, but the reduction of harms associated with drug use. In this way, a new target group of drug users can be involved in treatment.

Behavioural studies during the gestational-lactation period in morphine treated rats

Opioids impair the maternal behaviour of experimental animals. The effect of morphine on maternal behaviour in rat dams treated chronically with morphine during the whole pregnancy and lactation has not been yet analysed systematically. Objective: The aim of our work was to investigate the behavioural effects of moderate dose morphine administered constantly in the whole perinatal period in rats. Methods: Nulliparous female rats were treated with 10 mg/kg morphine s.c. once daily, from the day of mating. Maternal behaviour was observed, the effects of acute morphine treatment on the maternal behaviour and whether this effect could be antagonised by naloxone were also investigated. Physical and other behavioural (anxiety-like signals in elevated plus maze, changes in locomotor activity) withdrawal signs precipitated by naloxone were registered. After weaning sensitivity to the rewarding effect of morphine was measured by conditioned place preference and to the aversive effect of naloxone by conditioned place aversion tests. Antinociceptive test on tail-flick apparatus was performed to investigate the changes in morphine antinociceptive effects due to chronic morphine treatment. Results: Maternal behaviour was significantly impaired in morphinetreated dams. This effect of morphine lasted c.a. 2-3 hours a day, it showed dose-dependency and was enhanced in MO-treated group (sensitisation). Only weak physical and no other behavioural (anxiety-like behaviour or hypolocomotion) withdrawal signs were precipitated by naloxone. The positive reinforcing effect of morphine and aversive effect of naloxone were markedly increased on conditioned place paradigm. Significant antinociceptive tolerance was not seen. Conclusion: Although human drug abuse can be hardly modelling under experimental circumstances, our constant, relatively moderate dose morphine treatment administered once daily during the whole pregnancy and lactation resulted in several subtle behavioural changes in dams. In perinatally opioid-exposed offspring short- and long-term behavioural disturbances can be detected which is well-known from literature. Besides direct pharmacological effects of morphine impaired maternal responsiveness and pup care could play a role in these disturbances.

Deadly heroin or the death of heroin – overdoses caused by illicit drugs of abuse in Budapest, Hungary between 1994 and 2012

Rates of illicit drug use and drug-related deaths have continuously increased in developed countries since the 1960s even though the patterns of use and thus the related mortality differ from region to region. In Europe heroin is the drug most often implicated in overdoses. The decedents are most often male, between 20 and 30 years of age and have a long history of drug use. According to the majority of available studies a concomitant use of alcohol and benzodiazepines is one of the risk factors of heroin overdose. In our study we have examined the basic demographic and toxicological features of illicit drug related death cases in Budapest, Hungary between 1994 and 2012. Drug overdose death cases have been divided into two subgroups according to the substances responsible for the death of the subjects: an opioid group and a non-opioid group. The huge majority (87.9%) of decedents died due to heroin overdose and were male (87%). There has been a significant increase in the mean age of the opioid group for the past 19 years (p < 0.0001, r2 = 0.6228). The majority of heroin overdose cases (58%) has had no other psychofarmacons present at the toxicological examination. We have found a slight but significant positive correlation (p=0.0204, r =0.349) between the number of heroin overdose death cases and the mean concentration of street level purity heroin. Most of the examined demographic and toxicological features of the population studied have been in concordance with data previously reported. However, in contrast to other studies we report a strikingly high proportion of “pure” heroin overdose cases where no other psychoactive substances were found. The reason for this is currently unknown; we can only speculate that it can be related to the fact that heroin is used and abused differently from other countries. The remarkable phenomenon of the “ageing” of heroin users may also support a change in the drug use habits of the youngest population. The emergence and spread of new designer drugs also change the mortality characteristics of the youngest abusers and pose a new challenge for researchers. 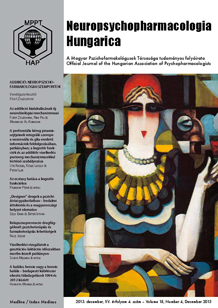