Comorbidity – mind and body interconnection based on the new findings

Comorbidity is a multicausal, multidimensional, multifaced phenomenon in medicine. There
are many different definitions of the co-occurrence of two or more disorders, but Feinstein’s
is the most acceptable. Although epidemiological data show a high prevalence of comorbidity of somatic and psychiatric disorders, it is still underrecognized and undertreated. There
are many unanswered questions related to comorbidity, including whether comorbidity is
a valid phenomenon; whether the epidemiological results have validity; what is the linkage
between somatic and psychological processes; which factors take part in the bidirectional
manifestation; how do we treat the involved disorders; what is the right organization to
manage the patients. The aim of the author was to review different aspects of comorbidity
with the help of new knowledge. The starting point of the interpretation was the concept of
identical biological substrates (patophysiological endpoint) that generate the development
of somatic and psychiatric disorders. The formation of these substrates is influenced by risk
factors, which depend or not on the person (stressors vs genes). The effects of risk factors
and biological substrates are parallel to each other, but one of them is a dominant agent.
The author’s concept (“dominance theory”) is based on new discoveries of the biological
mechanisms of psychiatric processes to help to understand the phenomenon of comorbidity
and develop new therapies. It is very important to recognize, to diagnose and treat comorbidity because of the prevalence of excess mortality is high and the morbidity burden influences
the patient’ quality of life.

Catatonia in DSM 5: controversies regarding its psychopathology, clinical presentation and treatment response

Over the past two decades, there has been an upsurge of interest in catatonia, which is
reflected in the attention it received in DSM 5, where it appears as a separate subsection of the
Schizophrenia Spectrum and Other Psychotic Disorders (APA, 2013). This commentary argues
that due to the lack of solid scientific evidence, the extended coverage of catatonia in DSM 5
was a premature, and consequently, a necessarily ambiguous decision. The psychopathological
foundations of the modern catatonia concept are lacking therefore its boundaries are fuzzy.
There are only a few, methodologically sound clinical, treatment response and small-scale
neurobiological studies. The widely recommended use of benzodiazepines for the treatment
of catatonia is based on case reports and open-label studies instead of placebo-controlled,
randomized trials. In conclusion, the catatonic concept espoused by DSM 5 is necessarily
vague reflecting the current state of knowledge.

Major depression is a common but still underdiagnosed and undertreated illness which, with
its complications (suicide, secondary alcoholism, loss of productivity, increased cardiovascular
morbidity and mortality), is a major public health problem worldwide. Implementing the
present pharmacological and non-pharmacological treatment strategies, major depression
can be successfully treated resulting in a significant decline in suicide risk and the economic
burden caused by untreated depression is much higher than the cost of treatment. In the
present paper the authors also discuss the impact of the development of the Hungarian psychiatric care system in the past three decades and the 2008 recession on the changing national
suicide rate. Like international data, Hungarian studies also show that more widespread and
effective treatment of depression is the main component of the more than 50-percent decline
of suicide mortality in Hungary during the last 30 years.. 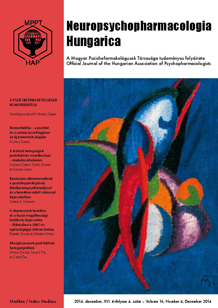