The present paper describes a 8-month prospective, observational, non-intervention multicentric study in 969 bipolar patients, where data were obtained on changes during lamotrigine treatment with special focus rates of relapse, suicidal behaviour and adverse events.
969 patients entered the study and 961 patients (99%) completed the study. Patients received
lamotrigine mostly as an add-on treatment in addition to ongoing antidepressant and/or
antipsychotic medication. By the end of the six-month treatment period 38% of patients
achieved remission and rate of relapse after three months was 24%. Rate of adverse events
was very low (1%) and they in no case led o termination of therapy. At baseline 17% of patients
had clinically significant suicide risk which gradually decreased to 2.1% during the 6-month
study period. No suicide attempt or completed suicide ook place during the study period.
Results indicate that lamotrigine is an effective and well-tolerated treatment for the acute
and long-term treatment of bipolar patients.

Although non-suicidal self-injury (NNSI), a behavior with a typical onset during adolescence,
is a well-researched topic in the international literature and affects numerous adolescents
both in clinical and non-clinical populations, it is rarely studied in Hungary. The aim of our
paper is to review the historical and cultural background, terms and definitions used in the
international and Hungarian literature, the epidemiology, the psychosocial correlates and the
theories for possible predictors and functions of NSSI. Terms and definitions for NSSI evolved
in international but not in Hungarian literature. Most frequently found functions for NSSI were
affect regulation, self-punishment, anti-suicide, anti-dissociation. NSSI is also used to affirm
interpersonal boundaries, for sensation seeking and to influence others. Prevalence of NSSI
is 15-46% in community and 40-80% in clinical sample in adolescents. Hungarian results on
prevalence of NSSI are relatively low in comparison with international data (7-17% in adolescent community sample). NSSI is often associated with psychiatric disorders: DSM-IV Axis I
disorders are present in 88% and Axis II disorders are present in 67% of adolescent self-injurer
samples. NSSI and suicidal behavior are two different but not independent phenomena: correlation is approximately 50% in community and 70% in clinical population. In conclusion we
would like to highlight that NSSI affects numerous adolescents and it is often comorbid with
other psychiatric disorders, thus developing adequate Hungarian terminology, increasing the
amount of Hungarian studies and the up-to-date knowledge of the clinicians are necessary.

The problem of small „n” and big „P” in neuropsychopharmacology, or how to keep the rate of false discoveries under control

One of the characteristics of many methods used in neuropsychopharmacology is that a large
number of parameters (P) are measured in relatively few subjects (n). Functional magnetic
resonance imaging, electroencephalography (EEG) and genomic studies are typical examples.
For example one microarray chip can contain thousands of probes. Therefore, in studies using
microarray chips, P may be several thousand-fold larger than n. Statistical analysis of such
studies is a challenging task and they are refereed to in the statistical literature such as the
small “n” big “P” problem. The problem has many facets including the controversies associated with multiple hypothesis testing. A typical scenario in this context is, when two or more
groups are compared by the individual attributes. If the increased classification error due to
the multiple testing is neglected, then several highly significant differences will be discovered.
But in reality, some of these significant differences are coincidental, not reproducible findings.
Several methods were proposed to solve this problem. In this review we discuss two of the
proposed solutions, algorithms to compare sets and statistical hypothesis tests controlling
the false discovery rate.

Association between depression and cognitive decline in sclerosis multiplex patients

Background: Multiple sclerosis (MS) is the most common neuroimmunological disease.
In addition to its somatic symptoms, fatigue, mood disorder (depression) and cognitive
impairment can be detected. Cognitive impairment significantly affects social relationships,
work capacity, quality of life independently of disability. Aim: The aim of our research is to
analyse the complex relationship between depression, manifestation of which occurs more
often in MS compared to normal population, and cognitive functioning in multiple sclerosis.
Methods: Forty participants (sixteen men, twenty-four women) are MS patients of the Department of Neurology, Semmelweis University. Control group included forty-two age-, gender-,
and education-matched subjects (sixteen men, twenty-six women). Patients were screened
using MMSE; and verbal learning, visual information processing, attention, short-term and
long-term memory were tested. Depression was also assessed. Results: In multiple sclerosis
learning, long-term verbal memory and short-term visuospatial memory were impaired
compared to control group. Working memory, information processing and attention were
found to be intact. Depression scores of MS patients were significantly higher than those of
the normal population. Regarding the relationship between depression and cognitive impairment, negative correlation was found between mood and short-term visuospatial memory.
Conclusion: Results of our research reflect the findings of clinical studies whereas short-term
and long-term memory excluding working memory can be impaired in multiple sclerosis.
Because of incidence of depression and fatigue and the important role of psychological factors in quality of life, more detailed analysis of the relationship between mood, fatigue and
cognitive impairment would be required which is planned in the future.

Most important deficits, contradictions and possibilities in suicide prevention in Hungary

Suicide is not only a contradictory biological, psychological, sociocultural and spiritual phenomenon, but also a serious public health problem, which is manifold, therefore the fight against
it is also complex. The aim of the present publication is to establish the current situation of the
fight against suicide in Hungary, which are the most important deficits, contradictions and
unexploited possibilities. The author states that although we have accomplished important
steps in the prevention of suicide, we did not realise the majority of them in everyday practice.
The author defines the most important problems and tasks which should be solved in the next
decade. In the near future a great deal more should be done for prevention than what we have
accomplished so far in order to significantly reduce the number of suicide victims in Hungary. 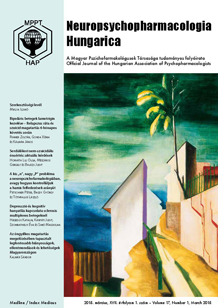