30 years against suicide: a summary of our research on depression and suicide prevention between 1985 and 2015

Psychedelics and quasi-psychedelics in the light of contemporary research: medical cannabis, MDMA, salvinorin A, ibogaine and ayahuasca

In lack of professional research and appropriate concepts our scientific knowledge of psychedelic agents is limited. According to the long-held official view these drugs are entirely
harmful and have no medical use. However, a recent surge of clinical and pharmacological
studies in the field indicates that many psychedelic-like agents have therapeutic potentials
under proper circumstances. In this paper, from a biomedical and psychological perspective,
we provide a brief review of the general effects and promising treatment uses of medical
cannabis, 3,4-methylenedioxy-methamphetamine (MDMA), salvinorin A, ibogaine and the
dimethyltryptamine-(DMT)-containing ayahuasca. In Hungary – similarly to many other
countries – these compounds are classified as “narcotic drugs” and their research is difficult
due to strict regulations.

Neurocognitive deficits are core features of schizophrenia and well known to the specialists,
concerning researches in Hungary as well. Significance of the topic derives from the fact that
according to our present knowledge this is the prime symptom principally affecting everyday functioning and limits benefit of rehabilitation opportunities. The classic psychiatric
rehabilitation toolset, either pharmacological or psychosocial, does not provide effective
and specific assistance to alleviate the symptoms of the neurocognitive deficits. Despite the
increasing presence of the neurocognitive-oriented rehabilitation in international publications
and professional forums, cognitive development is rather neglected topic in the Hungarian
literature; while the therapeutic practice – with the exception of one institution – is absent
from the repertoire of the Hungarian rehabilitation. The purpose of this study is the multifaceted presentation of recent results in the field of the cognitive remediation, describing the
position of cognitive training and its place in the rehabilitation of schizophrenia, with the aim
to gain reputation and promote clinical practice among the Hungarian experts. Cognitive
remediation is a behavioral training, based on learning theory, with the aim of extensive and
long-lasting improvement of cognitive functions of patients suffering from schizophrenia or
other mental disorders. Despite the deceptively similar acronym it is important to distinguish
this method from the cognitive behavioral therapy which shows similarity in its learning
theory basis, but remediation involves much more educational features. Cognitive remediation is not a unified technique, different settings are known, but regardless of form factors it
clearly has a specific and positive effect on the neurocognitive functions. It fits well into the
rehabilitation methodology, in fact this embeddedness significantly increases its effectiveness and supports emergence of skills in everyday functioning, helping improving disorder
outcomes. The generalizing process is partly related to the fact that with the improvement
of patients’ neurocognitive functions, they become „more accessible” in other therapeutic
modalities, increasing their efficiency. Functional and structural changes in relevant cerebral
fields correlating with improving neurocognitive performance is proven by growing number
of imaging techniques. In addition cost efficiency considerations also support the applicability of the method, which adaptations – in terms of cognitive paradigm – were used in other
psychiatric disorders with promising results.

Reasons for acute psychiatric admission of patients with dementia

Introduction: The estimated number of patients living with dementia in Hungary is between
150,000 and 300,000. Hungary’s prevalence of vascular dementia is much higher than that of
other countries. Patients with dementia can be admitted to psychiatric hospitals for several
reasons, the least common of which is cognitive decline. Comorbid psychiatric disorders or
dementia-related behavioral disturbances are much more common reasons. Aim: To examine the reasons for the acute psychiatric admission of patients suffering from dementia in a
psychiatric center in Budapest. Materials and methods: In this retrospective survey the data
of dementia patients who were referred to the Centre for Psychiatry and Addiction Medicine
(CPAM) at Szent István and Szent László Hospitals between August 1 and October 31, 2014 were
analyzed with special attention paid to the reasons for hospitalization. Results:Altogether 302
patients were admitted to the CPAM over the study period and 26.15% of them suffered from
dementia. The distribution of dementia subtypes was as follows: 43% mixed type (vascular and
neurodegenerative), 40.5% vascular type, 11.4% Alzheimer’s disease, and 5.1% other types.
A small percentage (12.7%) of patients had mild dementia, while 34.2% and 53.2% suffered
from moderate and severe dementia, respectively. The major causes of hospitalization were
aggressive behavior (34.2%), delirium (19%), and divagation and confusion 15.2% each. They
were mainly associated with moderate and severe dementia. Suicide attempt was the reason
for admission in 10.1% of cases, and delusions in 6.3%. With regard to admission outcome,
44.3% of patients were transferred to a medical ward, 12% within 3 days of psychiatric admission. Nearly 9% of patients required extended hospitalization, 21.5% were discharged home,
20.3% were transferred to a nursing home and 5.1% died while in hospital. More than half of
the patients were rated on the CGI-C scale; 59% of them scored 2 points (much improved),
25% scored 1 point (very much improved) and 16% scored 3 points (moderate improvement).
Discussion: A high proportion of dementia patients acutely admitted to a psychiatric ward
was medically compromised and either died soon after admission (5%) or was transferred to
a medical ward for further treatment. This highlights the importance of a thorough medical
work-up including physical examination and laboratory investigations for dementia patients
requiring acute psychiatric admission. It is of note that only a small number of patients could
be discharged home or to a nursing home. These figures underscore the need for more nursing home places and a better functioning social care system in this field.
(Neuropsychopharmacol Hung 2015; 17(3): 141–145)

Objective: Anxiety is one of the most common psychiatric symptoms frequently associated
with sleep disorders. Despite the intensive research, the role of sleep in the patomechanism
of anxiety has remained unclear. The aim of the study was to investigate the anxiety-related
changes in the sleep macrostructure and the impact of ageing, gender and the presence
of depression. Methods: 1083 patients with sleep symptoms were enrolled in the study.
All patients have all night polysomnographies. The effect of anxiety, depression, aging and
gender on the sleep initiation, maintenance and sleep stages respectively; were analysed
in 4 different statistical approaches. Results: Anxiety increased the latency of sleep and
REM sleep; and decreased the length of REM sleep and slow-wave sleep; while depressive
symptoms were associated with reduced REM latency, slow-wave sleep and increased REM
duration. The length of slow-wave sleep, REM phase decreased with ageing and the sleep was
fragmented. Women had more slow-wave sleep and less REM sleep than men. Conclusion:
Normal order of sleep stages is essential in the cognitive processing of the brain. Changes in
sleep macrostructure may have an impact in the impairment of cognitive functions of patients
suffering from anxiety or depression. 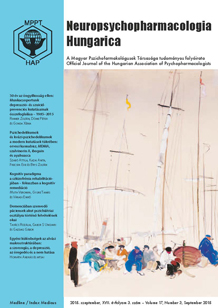