Background: The Temperament Evaluation of Memphis, Pisa and San Diego Autoquestionnaire
(TEMPS-A) is a widely used measure of affective temperaments. Affective temperaments refer
to people’s prevailing moods and are important precursors of affective disorders. With the
two studies presented in this paper, we aimed to develop a short version of the Hungarian
TEMPS-A. Methods: A total number of 1857 university students participated in two studies.
The original 110-item version and the newly developed short version of TEMPS-A, the anger,
depression, and anxiety scales of the PROMIS Emotional Distress item bank, the Altman SelfRating Mania Scale, the Satisfaction With Life Scale, and the Well-Being Index were administered to participants. Results: Out of the original 110 items, 40 items of TEMPS-A loaded on
five factors that represented the five affective temperaments. Factors of the short version
showed moderate to strong correlations with their original counterparts. All factors had
good to excellent internal reliability. Factors of the newly developed short version of TEMPSA showed meaningful correlations with measures of emotional distress, mania, and indices
of psychological well-being. Conclusions: The short version of the Hungarian TEMPS-A is a
promising instrument both in clinical fields and for academic research. The newly developed
short version proved to be a valid and reliable measure of affective temperaments.
(Neuropsychopharmacol Hung 2018; 20(1): 4–13)

The authors tested the clinical applicability of a self-developed, 6-item, clinician-rated
questionnaire evaluating suicide risk in suicidal and non-suicidal psychiatric inpatients and
healthy controls. Results have shown that the questionnaires able to detect marked suicide risk
in psychiatric inpatients with a high sensitivity and specificity which indicates its usefulness
and good applicability in clinical practice.

The recognition of the antibody-mediated encephalitis as a separate entity among the immune
disorders of the central nervous system was one of the greatest breakthroughs of the last two
decades in neurology. Unlike viral or tumor-related encephalitis, the antibody-mediated form
has a good response to immunotherapy, which gives a special clinical importance to the discovery. Anti-N-methyl-D-aspartate receptor (anti-NMDAR) encephalitis is one of the first fully
characterized antibody-mediated encephalitises. This article attempts to summarize the clinical
features of this complex neuropsychiatric disorder with the aim to help its early recognition
and to report the clinical course and the outcome of our six seropositive anti-NMDAR cases.
The disease appears typically in young females and often combined with ovarian teratoma.
However, the antibody production could develop without any malignancy. The course of the
illness is usually monophasic, but 10% of the cases are relapsing. The anti-NMDAR encephalitis
is the result of disturbed glutamatergic neurotransmission due to the internalization of the
receptor-antibody complexes. The disease usually develops after a common viral infection,
but recent data proved that anti-NMDAR encephalitis could also develop after herpes simplex
virus-1 encephalitis. The Janus-faced clinical course of the disease is the obstacle of the early
recognition. Psychiatric symptoms – like delusion, hallucination and agitation – dominate in
the first, cortical phase of the illness, which are indistinguishable from the signs of primary
psychosis. The true nature of the disease only reveals later, with the appearance of the basal
ganglia territory and brainstem sings, such as perioral hyperkinesia and bradycardia. Further
delays the diagnosis that the leading symptoms of the second phase could be interpreted as
the side effects of the initial treatment. According to expert psychiatrists, the unusual dynamic
of the psychotic symptoms and the lack of response to the neuroleptic drugs could lead toward
the idea of the anti-NMDAR encephalitis. The final diagnosis depends on the detection of the
anti-NMDAR antibody from the cerebrospinal fluid or the serum, respectively. Haloperidol is
the most potent drug to treat the psychotic symptoms of the cortical phase; however due
to its antidopaminergic side effect atypical neuroleptics are recommended by the experts.
The immunological treatment is the administration of intravenous corticosteroid combined
with plasma exchange or with intravenous IgG infusion. The immunotherapy in most of the
cases is successful, but the recovery is long and it requires strong cooperation between the
psychiatrists, neurologists and intensive care therapists.

The practical considerations of antidepressant use during pregnancy and breastfeeding

Main indications of antidepressants (ADs) as major depressive disorder (MDD) and different
kinds of anxiety disorders are quite prevalent during pregnancy and the postpartum period.
Due to the possible hazards of in utero and breast milk exposition of ADs, both psychiatrists
and mothers frequently have concerns about the use of ADs during the periods of pregnancy
and breastfeeding. However, we should also bear in mind that affective disorders left untreated
during these periods are also associated with health risks for the mother and the baby as well.
Accordingly, the treatment of affective disorders during these periods is essential. For mild
cases of affective disorders the recommended treatment modality is typically psychotherapy
while for the severe cases pharmacotherapy (including AD treatment) is recommended.
Unfortunately, due to the lack of well-designed prospective studies, only sparse information
is available on the efficacy and safety of AD treatment in pregnant and breastfeeding women.
In this review we try to provide some practical advice in terms of the use of ADs during the
periods in question. 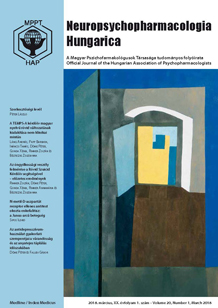