The prevailing neuroscientific paradigm considers information processing within the central nervous system as occurring through hierarchically organized and interconnected neural networks. The hierarchy of neural networks doesn’t end at the neuroaxonal level; it incorporates subcellular mechanisms as well. When the size of the hierarchical components reaches the nanometer range and the number of elements exceeds that of the neuroaxonal system, an interface emerges for a possible transition between neurochemical and quantum physical events. “Signal nonlocality”, accessed by means of quantum entanglement is an essential feature of the quantum physical domain. The presented interface may imply that some manifestations of altered states of consciousness, unconscious/conscious shifts have quantum origin with significant psychosomatic implications. Healing methods based on altered states of consciousness and common in spiritual or shamanic traditions escape neuroscientific explanations based on classical cognition denoted here as “perceptual-cognitive-symbolic” (characteristic of ordinary states of consciousness). Another channel of information processing, called “direct-intuitive-nonlocal” (characteristic of non-ordinary states of consciousness) is required to be introduced for interpretation. The first one is capable of modeling via symbolism and is more culturally bound due to its psycholinguistic features. The second channel lacks the symbolic mediation, therefore it has more transcultural similarity and practically ineffable for the first one, though culture specific transliteration may occur. Different traditional healing rituals pursue the same end: to destroy “profane” sensibility. The ritual use of hallucinogens, the monotonous drumming, the repeated refrains, the fatigue, the fasting, the dancing and so forth, create a sensory condition which is wide open to the so-called “supernatural”. According to contemporary anthropological views, the breakdown of ordinary sensibility/cognition is not the ultimate goal, but the way to accomplish healing, that is psychointegration in the widest sense. From the perspective of system theory, integration needs information to be brought into the system. According to the presented model, when the coping capability of the “perceptual-cognitive-symbolic” processing is exhausted in a stressful, unmanageable situation, or its influence is eliminated by the use of hallucinogens or in case of transcendental meditation, a frame shift occurs, and the “spiritual universe” opens up through the “direct-intuitive-nonlocal” channel. There is little chance either for a psychointegrative effect, or for a meaningful “opening” without ritual context, and with the recreational use of mind altering strategies. 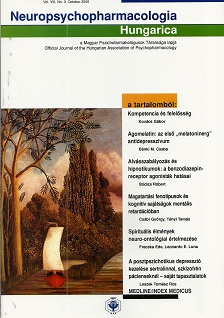