The International Schizophrenia Outpatient Health Outcomes study, IC-SOHO is a three-year international observational study that investigates clinical and health outcomes of antipsychotic treatments. 7658 outpatients treated for schizophrenia were enrolled in the study, who needed an antipsychotic therapy to initiate or switch. The primary analysis compared the group taking olanzapine with the group taking any other antipsychotics, while the secondary comparison was performed between those treated with olanzapine and those with risperidone. Efficacy analysis was carried out based on changes in Clinical Global Impression of Severity scale (CGI-S), which was performed at a global symptom level, as well as with respect to the patients’ positive, negative, cognitive and depressive symptoms. In addition, adverse events were also evaluated. Results of the analysis of the 3- and 6-month data from Hungary are disclosed in this publication. 200 patients were enrolled in the country. Demographics of the treatment groups were not significantly different. At 3 and 6 months after treatment initiation, there were no significant between-group differences in improvement of global symptomatology, however, cognitive symptoms improved more in the Olanzapine-group compared to those taking other antipsychotics (p<0.05). In patients showing Extrapyramidal Symptoms (EPS) at baseline, these symptoms finished to a greater extent among those receiving olanzapine than in those receiving other antipsychotics (after 6 months D<0.0001). Half a year later, significantly less patients showed extrapyramidal adverse events (p=0,0007), and the previous EPS terminated to a greater extent (p=0.0016) in the olanzapine group, as compared to those taking risperidone. No between-group differences were found in changes of sexual functions, as well as of weight and Body Mass Index measures. Switching antipsychotic initiated at study baseline, and adding-on one or more other antipsychotic to the initial one, were significantly less frequent in the Olanzapine-group compared to those initiated other antipsychotics. In the first 3 months, treatment compliance was significantly higher with olanzapine therapy than with other antipsychotic treatments, and with risperidone respectively. Results from the Hungarian sample correspond with results from higher analysis levels of wider patient populations of IC-SOHO study. Olanzapine showed outstanding efficacy in lessening cognitive disturbances and global clinical symptomatology associated with schizophrenia. Extrapyramidal symptoms of patients treated with olanzapine improved significantly better compared with those patients who received other antipsychotics and risperidone respectively.

BACKGROUND: While propofol is known to shorten seizures during electroconvulsive therapy, in our previous study on patients with schizophrenia, there was no need for more frequent restimulations when using propofol compared with etomidate. We hypothesized that etomidate and propofol have similar effects on seizure activity in cases where seizure duration is shorter than 20 seconds. In this study, etomidate and propofol are compared regarding their impact on seizure threshold and seizure duration.

METHOD: 30 schizophrenic patients participated in this prospective randomized cross-over study. For anesthetic induction were 1 mg/kg of propofol or 0.2 mg/kg of etomidate used alternately. For both anesthetics, seizure threshold was determined by titrating the dose of the stimulus necessary for eliciting a seizure. Seizure durations were also compared.

CONCLUSION: During the ECT of patients with schizophrenia, propofol was shown to possess significant seizure-shortening properties, but it does not elevate seizure threshold or drop seizure duration under the minimal threshold more frequently than etomidate does. Based on these findings, we conclude that the use of propofol does not result in a greater electric load on the patients than etomidate.

INTRODUCTION: We put forward a hypothesis that a therapeutic administration of mirtazapine to depressed patients, due to pharmacological profile of the drug, could enhance cognitive functions associated with prefrontal cortex activity.

METHODS: The study was performed on depressed patients receiving mirtazapine for the period of 6 months. Neuropsychological assessments after 3 and 6 months of treatment were performed by the Wisconsin Card Sorting Test, N-back test, TMT and Stroop tests.

RESULTS: During acute depressive episode, a significant impairment on all neuropsychological tests was evident. Substantial improvement in performance has been noted after 3 and 6 months of mirtazapine treatment, and, after 6 months, a majority of the investigated patients achieved the results within the range of matched healthy control subjects. Improvement on neuropsychological tests after treatment with mirtazapine showed no correlation with the degree of amelioration of depression.

DISCUSSION: Mirtazapine may exert a favorable influence on cognitive functions associated with prefrontal cortex in depressed patients. The lack of direct correlation with improvement of depressive symptoms suggests that mirtazapine may possess specific pro-cognitive properties.

The medications from the viewpoint of the psychotic patients

In this paper is given a short introduction to the functioning of the group therapy of psychotic patients at our unit; outlining also other aspects of their treatment (medication, hospitalisation, group therapy). By collecting examples from the reports of the group therapy we illustrate how the medicaments appear in the conversations. We analyse the given data from three different point of view: interactional, thematic and by the psychotic contents. In the quotations first we can find examples of the positive and negative attitudes towards medication, injections. Then patients speak about the states when medicament gives no more help, about their imaginations of alternative ways of healing, finally we can follow how the topic of medicaments mix with their delusions.

The aim of the present study is to introduce and give an overview of the Measurement and Treatment Research to Improve Cognition in Schizophrenia (MATRICS) neurocognitive test battery, which has been recently developed in the United States specifically for the assessment of neurocognitive deficits in patients with schizophrenia. The MATRICS test battery consists of 10 individually administered tests to measure cognitive performance in the following 7 domains: speed of processing, attention/vigilance, working memory, verbal learning, visual learning, reasoning and problem solving, and social cognition. Besides giving a detailed description of the test, the authors also aim to point out the advantages and novel features of the test compared to already existing neuropsychological test batteries used to assess cognition in patients with schizophrenia. The future applicability of the MATRICS test battery will be related to current trends in clinical trials and pharmacological studies. The significance of the standardization and adaptation of the test to Hungarian is emphasized and future possibilities of applying the test in a Hungarian language environment discussed.

Acquired drives. The cortical mechanism responsible to the emergence and development of social existence

This paper is a brief interpretation of the theory (J. Knoll: The Brain and Its Self, Springer, 2005) the main message of which is that the appearance of the mammalian brain with the ability to acquire drives ensured the development of social life, and eventually led to the evolution of the human society. In the mammalian brain capable to acquire drives, untrained cortical neurons (Group 1) possess the potentiality to change their functional state in response to practice, training, or experience in three consecutive stages, namely, by getting involved in (a) an extinguishable conditioned reflex (ECR) (Group 2), (b) an inextinguishable conditioned reflex (ICR) (Group 3), or (c)an acquired drive (Group 4). The activity of the cortical neurons belonging to Group 3 and 4 is inseparable from conscious perception. In any moment of life self is the sum of those cortical neurons that have already changed their functional significance and belong to Group 3 or 4. Metaphorically, every human being is born with a telencephalon that resembles a book with over 100 billion empty pages (untrained, naive cortical neurons, Group 1), and with the capacity to inscribe as much as possible in this book throughout life. Whenever a drive is acquired, chains of ICRs are fixed, neurons responsible for emotions are also coupled to the integral whole, thus cognitive/volitional consciousness is necessarily inseparable from an affective state of consciousness. Cortical neurons belonging to Group 3 or 4 continuously synthesize their specific enhancer substance within their capacity. This means that even in the vigilant resting state (leisure), in the absence of a dominant drive, as well as in the non-vigilant resting state (sleeping), the cortical neurons representing the totality of the already fixed ICRs and acquired drives are permanently under the influence of their specific enhancer substance. Although the level of this permanent, undulating activation remains low, it is unpredictable as to when any group of cortical neurons will be influenced by enhancer substances on the level already inseparable from conscious perception. Thus, as the totality of the cortical neurons belonging to Group 3 or 4 works continuously on an unconscious level, there is a steadily operating, chaotic background noise in the human telencephalon. Even in the active state (“fight or flight” behavior, goal-seeking), when the actually dominant drive determines the rational goal to be reached, the noise is suppressed, but cannot cease to exist. But it never endangers the function of the actually dominant innate or acquired drive. From this situation it follows that the rational brain activity is necessarily amalgamated with an irrational brain activity and we live through every moment of our life experiencing the totality of order and chaos in our brain. Human society the maintenance of which has always required the proper manipulation of the brain of its members still finds itself in a state of development. It seeks its final equilibrium: namely, that state in which behavioral modification induced by the home/school/society triad will be based, from birth until death, on the exact knowledge of the natural laws that keep the brain and its self going. In this way, members of the community will understand that simultaneity of order and chaos in their brain is the physiological reality that determines human activity, and will consciously try to find the acquired drives that optimally fit their natural endowments. For the time being those who have been lucky enough to acquire the best fitting drives in due time, in the early uphill period of life, have had fair chances for success and happiness. In contrast, those who for any reason have missed this opportunity will remain frustrated and look for ‘ersatz’. It seems reasonable to conclude that order and chaos are of equal importance in our brain. Without the ability to adapt ourselves to the concrete (science), we would not be able to survive; without the ability which allows detachment from the concrete and explorations in the infinite (art), life would not be worth living. Thus, the human society, this most sophisticated form of organized life on earth is still in trial and error phase of its development. It seeks to outgrow the myth-directed era of its history and come to its final state, the reason-directed human society. 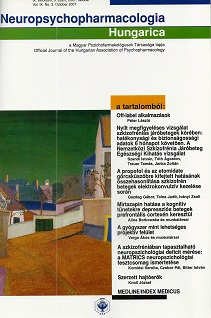