Positive psychology has fully examined the flourishing among healthy people but neglected to understand how “optimal human functioning” can apply to the life experiences of a vulnerable person. Considering methodological issues, this article gives a brief overview on how the conceptualization of mental health and mental disorders affects the consideration of strengths along with the presence of dysfunction with the emergence of positive psychology. First, we summarize the shortcomings of the applicability of clinical positive psychology, focusing especially on Hungarian clinical practice. Second, we discuss the problems with the conceptualization of mental health in positive psychological framework. Third, we propose a model, the Maintainable Positive Mental Health Theory based on capacities and competences. Finally, we conclude with methodological questions and present a research protocol. The key finding of our review is that the opportunity exists for psychiatrists and psychologists to embrace disability as part of human experiences and to show how people with vulnerabilities can be supported to recover.

Serotonin and depression – a riposte to Moncrieff et al. (2022)

In their recently published systematic ”umbrella” review, Moncrieff and colleagues conclude that there is no consistent evidence that depression is caused by decreased serotonin activity in the central nervous system (CNS). However, this paper – which was extensively publicized and received a lot of attention on the social media – can cause misunderstandings, since the serotonin hypothesis of depression in its original form (i.e. reduced serotonin activity in the CNS = depression) formulated more than 50 years ago has been considered outdated for several decades. It has long been known that depression is a heterogeneous disorder not only genetically, clinically and biologically but also from a pharmacotherapeutic perspective. The decreased activity of serotonin, which undoubtedly plays an essential role in the pathogenesis of depression, is characteristic of only a subgroup of depressed subjects whose clinical picture is mostly dominated by intensified negative emotions, agitation, anxiety, insomnia, decreased appetite, self-blame and suicidality and these individuals are primarily responsive to SSRIs. By contrast, depression cases with reduced positive affects (characterized by anhedonia, anergia, inhibition and reduced cognitive functions) are mainly caused by a disturbance in the metabolism of dopamine and/or noradrenaline. These patients are primarily responsive to dual-action (e.g. SNRI) antidepressants. Results of serotonin and catecholamine (dopamine, noradrenaline) depletion studies also suggest that that the dysregulation of serotonin and dopamine/noradrenaline in the CNS is characteristic of different subgroups of depressed patients. In addition to the serotonergic, dopaminergic and noradrenergic systems, many other neurotransmitter systems (e.g. cholinergic, glutamatergic, GABAergic) and other mechanisms (e.g. neuroinfl ammation) have also been proven to play a role in the development of the disorder. Knowledge of the data presented in our publication is important since the simplistic interpretation by Moncrieffetal. of the role of serotonin in the pathogenesis of depression may undermine confidence in SSRIs in many patients.

Chronic psychic stress can cause metabolic syndrome through mild hypercapnia

The author presents a new psychosomatic stress model. All the elements of the hypothesis are well known but, in this context, are published first. The following are the most critical aspects of the recommended chronic stress model. 1/ Stress contains both sympathetic and parasympathetic elements, but the latter predominate. 2/ The mediator of stress is carbon dioxide, the substance that can turn the psyche into soma. 3/ In humans, chronic stress is mainly social; people cause it to each other. Chronic social stress is created frequently due to deviations in civilisation, education and tolerance. 4/ The freeze response (or freezing behaviour) plays a subordinate role in the animal world; it lasts mainly for a maximum of minutes, while in humans, it dominates and can continue for decades. 5/ The decisive step of freeze is apnea, hypopnea, which occurs due to aversive psychological eff ects. After a more extended existence, mild chronic respiratory acidosis develops and most often appears in the clinical form of obstructive sleep apnea. 6/ Chronic hypercapnia can shape the metabolism into metabolic syndrome. 7/ After that, various cardiovascular and metabolic complications (hypertension, atherosclerosis, type 2 diabetes, depression) may develop – partly due to genetic and lifestyle reasons.

Association between change in suicidal ideation, and distinct symptoms of depression and sleep changes during COVID-19

COVID-19 has created a situation that has never been experienced before, challenging the mobilization of adaptive coping strategies. There has been a marked increase in suicides and suicidal ideation following the onset of COVID-19 likely reflecting the toll of the pandemic on mental health. The aim of our study to investigate the associations between depressive symptoms and distinct symptom clusters and lifestyle changes related to sleep, eating and physical activity and change in suicidal thoughts and thinking about death during the pandemic. Analyses involved data from the Hungarian part of the COMET-G (COVID-19 Mental health in Ternational for the General population) study, including 763 Hungarian adults, who completed a detailed questionnaire focusing on changes in behavior, lifestyle, activity and mental health during the pandemic. The dataset was analyzed using ordinal regression models adjusted for age and sex. Depression, as well as its symptom clusters, including anhedonia and depressed mood and somatic complaints had a significant, but small effect increasing suicidal ideation, while the effect of irritability and social relationship problems was more marked. In case of lifestyle factors no associations was found between change in eating habits or physical activity and change in suicidal ideations, however, sleeprelated changes were associated with a significant increase in suicidal thoughts during the pandemic. Our findings show that not all symptoms related to mood disturbance have an equally marked effect on suicidal ideating and thus suicide risk, emphasizing the role of detailed screening and evaluation even in subclinical populations in times of such crises, and also highlight the importance of considering sleep problems when evaluating suicide risk. Thus, our findings help identify relevant targets for screening and intervention in decreasing suicide risk during crises. 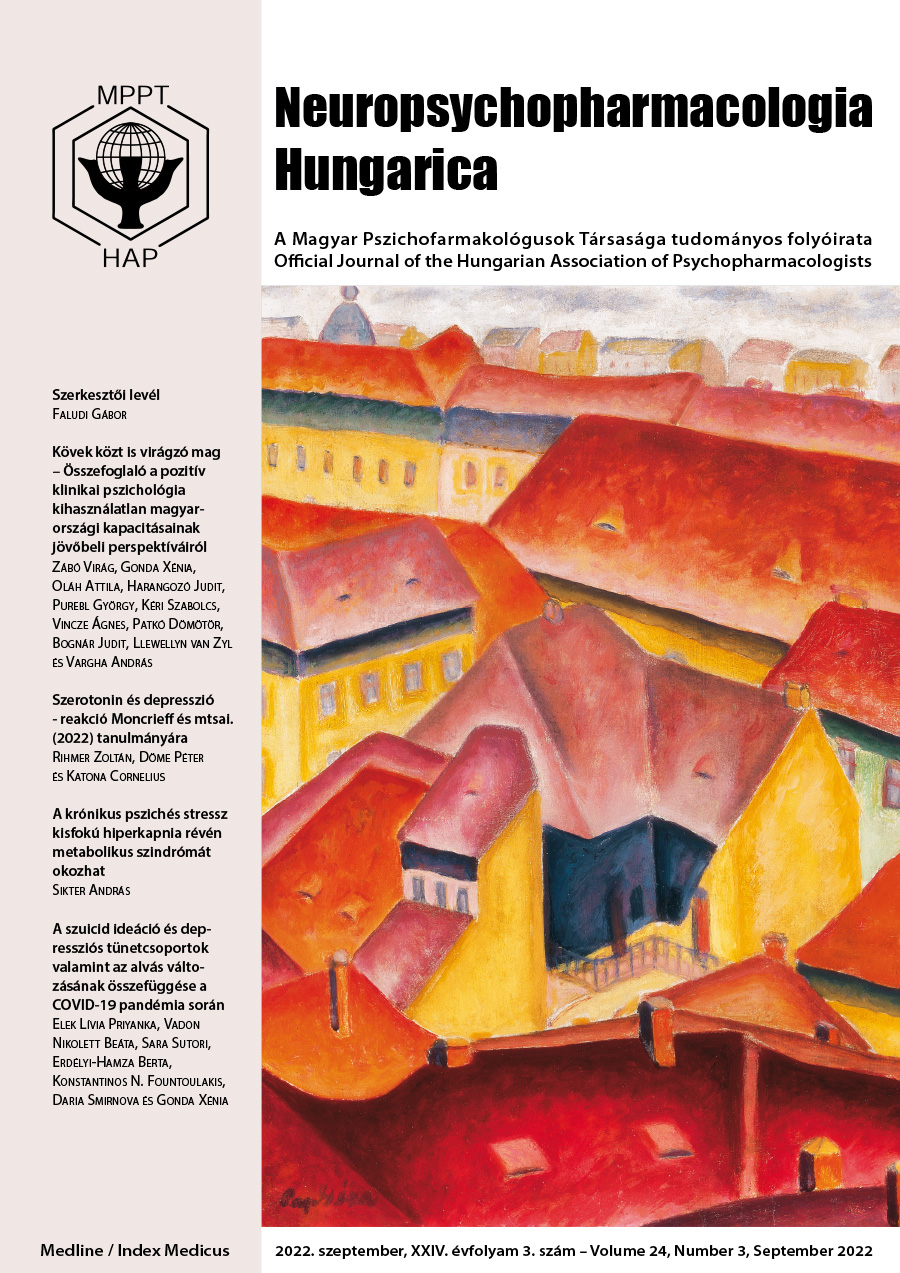